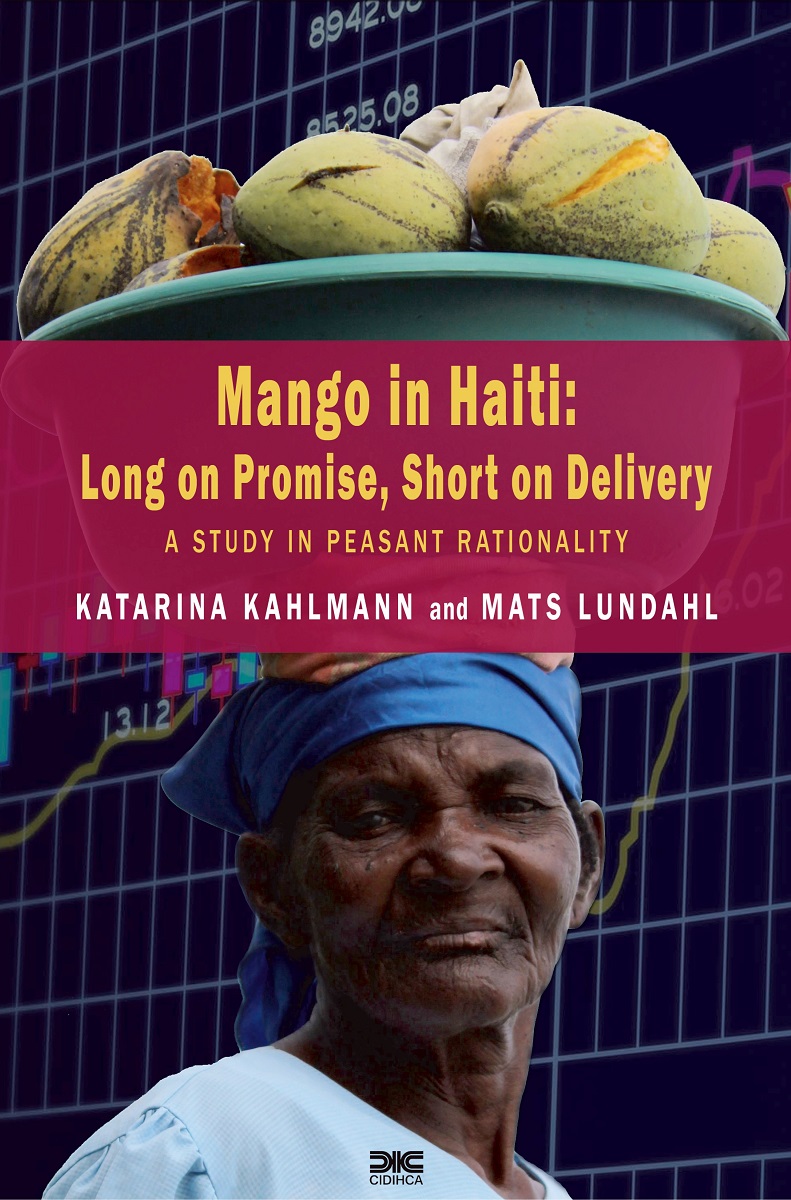 MANGO IN HAITI: LONG ON PROMISE, SHORT ON DELIVERY

Once a leading exporter of valuable commodities such as coffee, sugar and cocoa. Haiti now barely produces enough food to feed its own population. Mango is rare exception _ the country's mango exports to the United States grew from negligible levels in the mid 1970's to become Haiti's most important agricultural export product. By the end of the past century, business, investors and aid donors nurtured high hopes of mango bringing more foreign exchange to the impoverished country. Despite intense efforts, and large investments, over the past two decades, export growth, however, stagnated and Haiti lost much of its market share to other countries.

Mango in Haiti describes Haiti's mango export industry from its birth to present day assesses the role of mango for the country's economic future. The possibilities of increased exports generating higher incomes for farmers, businesses and the country as a whole are identified, together with barriers that hold exports back. The book analyzes the factors that influence farmers' production and sales decisions. It looks into the interaction and competition between exports and domestic sales in the domestic market as well as the tradeoff between mango cultivation and the cultivation of other crops.