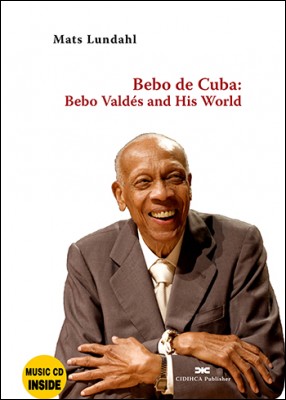 After almost 40 years of anonymity in Stockholm, working as a piano player in restaurants and hotels, in 1994, at the age of seventysix, Bebo Valdés received a call to participate in a recording session. This was the beginning of the meteoric rise of this piano genius, one of the central figures of the golden age of Cuban music, to an international fame that would not reach its peak until after Bebo's eightyfifth birthday. Bebo Valdés was born in Cuba in 1918. His conservatory studies in Havana, his stints with local bands, his job as an arranger for a radio station, his short but decisive stay in Haiti, his sojourn at the mythical Tropicana with the stars of the epoch, his forced exile in 1960 after the Cuban revolution, his journey to Sweden and his departure from the music scene, his recording of Bebo Rides again, his meeting with Fernando Trueba, his collaboration with Diego El Cigala in Lágrimas negras, his supreme triumph in Spain together with his son Chucho and El Cigala, his neverending concerts and tours, his triumphant return to Stockholm, his platinum records, his nine Grammys... turned him into a legend during his own lifetime. Bebo de Cuba: Bebo Valdés and His World, the portrait of the man, not only covers his work and records all the way until his death in 2013, but, with a luxury of details, it also transmits the history of Cuban popular music from the nineteenth century until today.